Chatbot helps you talk about death

Chatbot helps you talk about death

As product launches go, a technology meant to improve the way people think and talk about death may not be the most uplifting, especially when it’s aimed at young and middle-aged adults.

But two Bay Area entrepreneurs are betting that one of the most important discussions 25- to 45-yearolds should be having will be a lot easier via a friendly computer program designed to simulate that conversation online.

“We did a lot of research speaking to people of all age brackets,’’ said Haje Jan Kamps, co-founder with Colin Liotta of the Oakland-

A chat screen by LifeFolder, an Oakland-based startup, is part of a beta test of a free messenger bot named Emily that helps 25- to 45-year-olds think about preparing important documents related to end of life.

based startup that just launched a public beta test of Emily to consumers.

Not surprisingly, they learned that most people older than 45 tend not to use chatbots in general, while younger folks, Kamps said, “have conversations about everything over texts.’’

LifeFolder is counting on this demographic’s techsav v y nature, as well as their lifetime benchmarks, to help grow its business.

“If you think about what happens between the ages of 25 and 45, there are big life events,’’ said the 36-year-old Kamps. “People are getting married, they’re buying a house, they’re having kids — all very typical places to start — and then stop to think about, ‘What else do I need to do in my life?’” Drafting a will would be a logical step. More challenging may be considering end-of-life care options — and preparing the relevant documents for one’s death.

Not exactly welcome subjects for most Americans.

“Death is so taboo, in the United States in p a r t i c u l a r,’ ’ said the Netherlands-born Kamps, a Dutch inventor, tech journalist and trained end-of-life coach.

He’s not far off the mark. Research in 2013 by the Conversation Project, a Massachusetts-based nonprofit dedicated to helping people talk about their wishes for end-of-life care, showed that 90 percent of those surveyed say talking with loved ones about the subject is important, but just 27 percent have done so.

Kamps’ inspiration for LifeFolder came about in February 2014 when two things happened in the same week: His mother-in-law suffered a major stroke, which she survived, and he listened to a “Planet Money” podcast about La Crosse, Wisconsin, where 96 percent of the residents have made plans for when they die.

He said it got him thinking about the conversations his extended family was having at the time, which for many people often occur at a hospital through the help of a nurse, whocan help individuals with answers to medical questions and the related paperwork.

But Kamps said these talks can take time, which hospital staff doesn’t have a lot of. Moreover, they may be colored by the views or opinions of the individual answering a patient’s questions.

Not so with chatbot Emily — a name “that sounded friendly and approachable,” Kamps said.

“What Emily does is talk you through those options, the pros and cons, and asks you questions along theway,” Kamps said. Because the topic can generate fear or anxiety for many, Emily adapts to the pace of the conversation — which users can put on hold for any amount of time until they want to continue.

Emily also discusses the legal paperwork related to end-of-life-care decisions, including organ donations and advance directives, which convey a person’s wishes regarding endof- life medical treatment should the person be unableto communicate themto a doctor.

A typical online conversation with Emily takes 30 to 45 minutes, and the basic service is free.

Kamps said the company plans to make money by launching other chatbot- based referral services, such as wills or funeral planning. For now, the documents are only provided for seven states, including California.

In Palo Alto, Peter S. Stern, an elder law and estate planning attorney, did a quick review and called Emily “an interesting concept.”

“The concern I would have, without looking further into it, is that there may not be adequate back and forth about options and consequences,” said Stern, who acknowledged that attorneys who specialize in end-of-life planning may be wary of a bot providing such critical advice “Is the idea legitimate? I think it is — to get people to focus on end-of-life decisions. Is there a market? Certainly.”

To ensure that Emily’s answers and explanations are medically sound, the cofounders sought help fromDr. Shoshana Ungerleider, an internist at the California Pacific Medical Center in San Francisco. Ungerleider is a supporter of the hospital’s Palliative Care Innovation Forum.

“People often say that this is the most important conversation that no one is having,’’ said Ungerleider, whose work brings her into daily contact with an array of patients, some of whom have taken the time to fill out these forms before they end up in the hospital.

“I can tell you that the ones who do have them (documents) tend to have much better experiences’’ because their goals and wishes are followed, she said.

In contrast, those who haven’t conveyed their wishes to their loved ones about end-of-life care can create a huge burden for their family, Ungerleider said.

“The earlier you can have this conversation with yourself and your family,” she said, “the better you will be in every possible way — even though it can be h a r d .’ ’Contact Tracy Seipel at 408- 920- 5343.

LifeFolder executives Haje Jan Kamps, left, and Colin Liotta are launching a beta test of a messenger bot that helps 25- to 45 year-olds with end-of-life decisions. 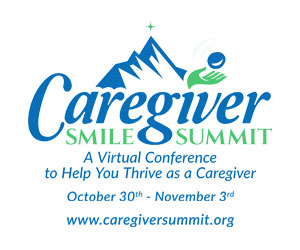